Battle of Notium 407 BC Peloponnesian Wars

407 BC saw the arrival in Asia Minor of the very capable Spartan naval command Lysander. He had a fleet of ninety ships, which he decided to base at Ephesus. Alcibiades took the Athenian fleet to the same place, but when Lysander refused to come out and fight, Alcibiades took his fleet to nearby Notium. Alcibiades soon left the fleet to visit other Athenian forces in the area, leaving his pilot Antiochus in command of the fleet, with clear orders not to attack Lysander.
Antiochus ignored these orders, and decided to try and win a victory over part of the Spartan fleet. Our two main sources disagree on the early stages of the resulting battle. In Diodorus Siculus Antiochus took ten ships to Ephesus to challenge Lysander. Lysander led all of his ships out to sea, sank Antiochus's ship, and then pursued the other nine ships back towards Notium. 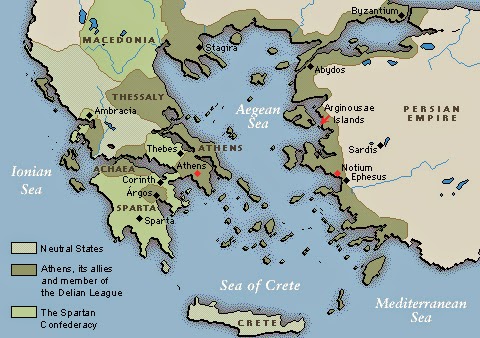 Another Friday Night Game with my new opponent my Wife.

Me and my wife played this game using simple quick throw down house rules as usual. It is like trying to make my wife understand a foreign language in 10 minutes, so instead we use simple house rules, that grade school kids can understand. She just wants to play, not learn sophisticated rules.

This was my very first naval battle as well, and I had no rules. So I used what I know and a combination of siege rules and infantry rules. It worked and it was fun.

I did not have anything to mark sunk ships. I plan on buying a few ships one day from Grand Manner and get some of their sunken galleys they have to represent this. Or I could just buy a few models and dissect them. 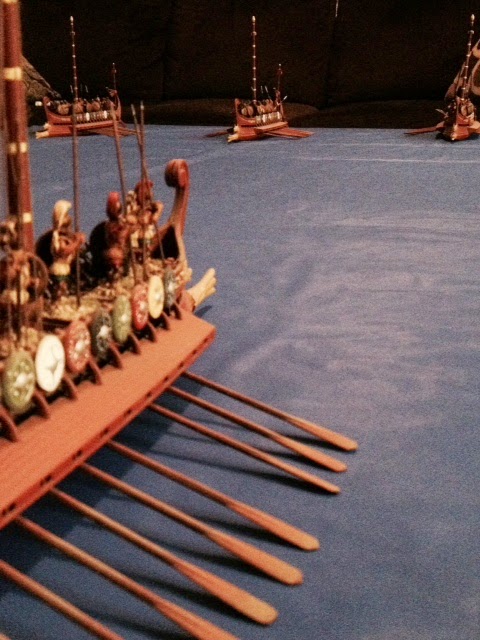 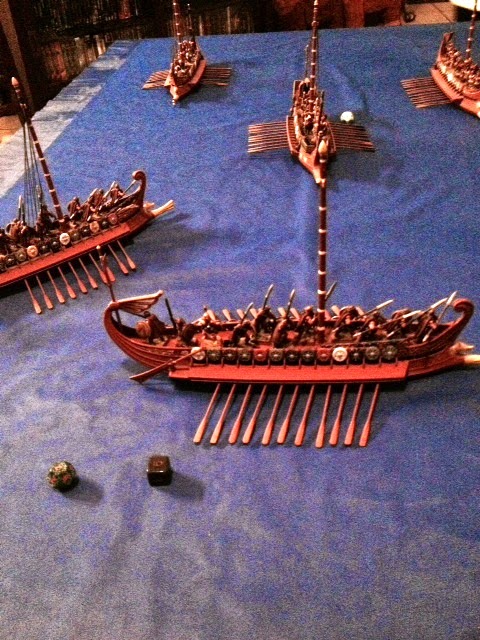 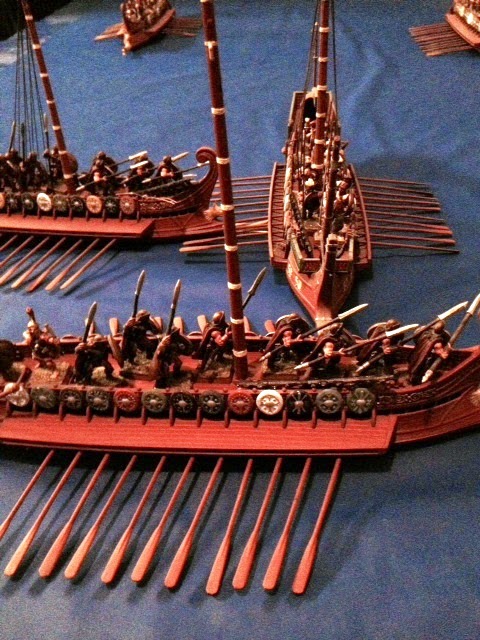 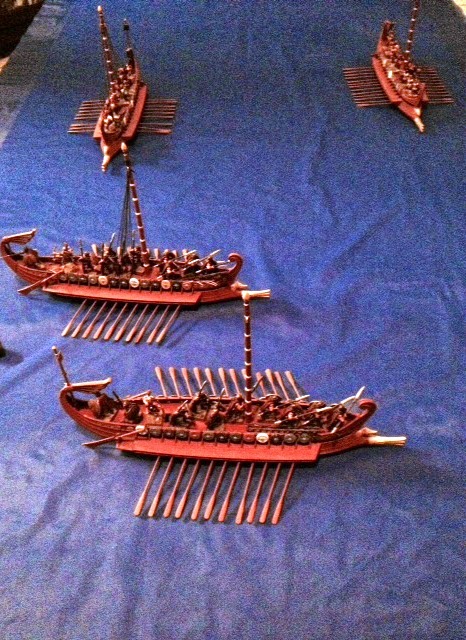 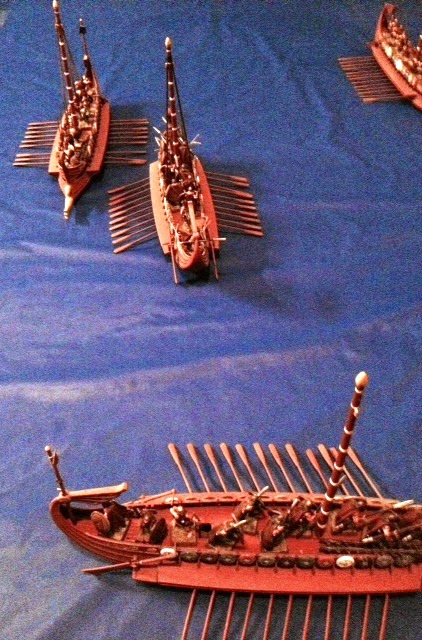 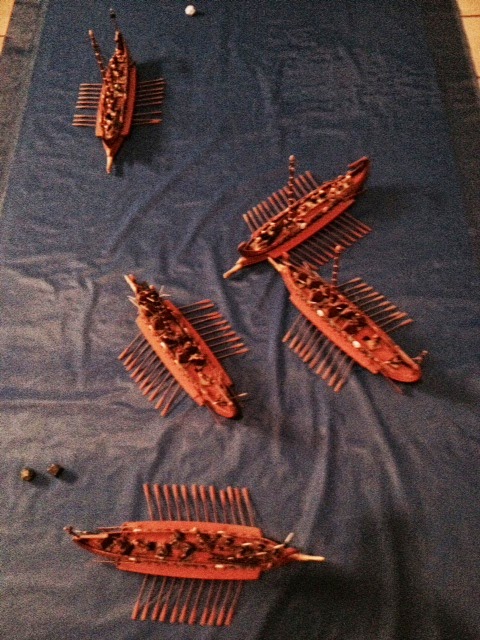 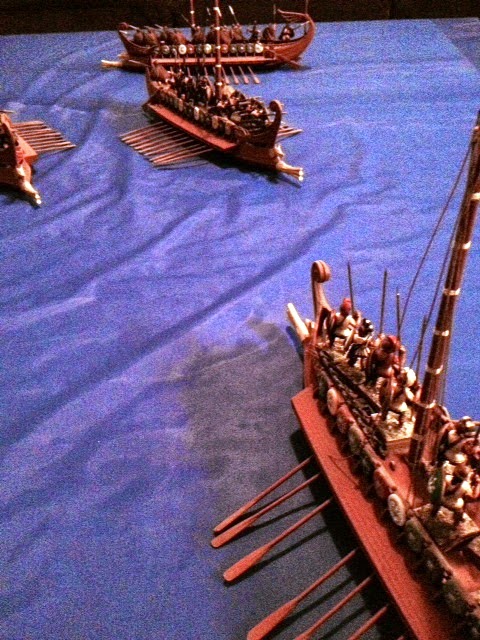 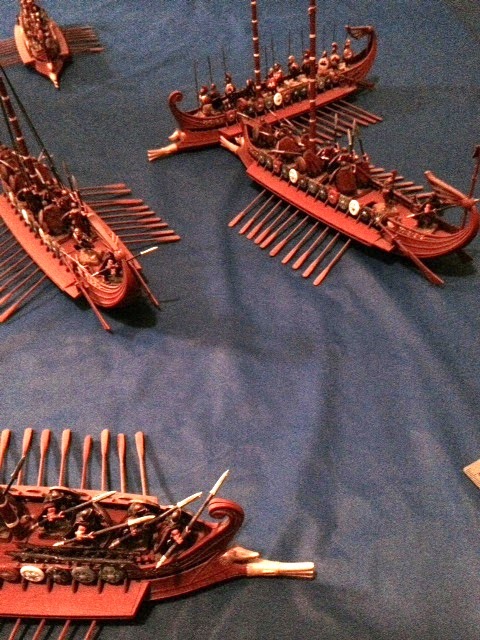 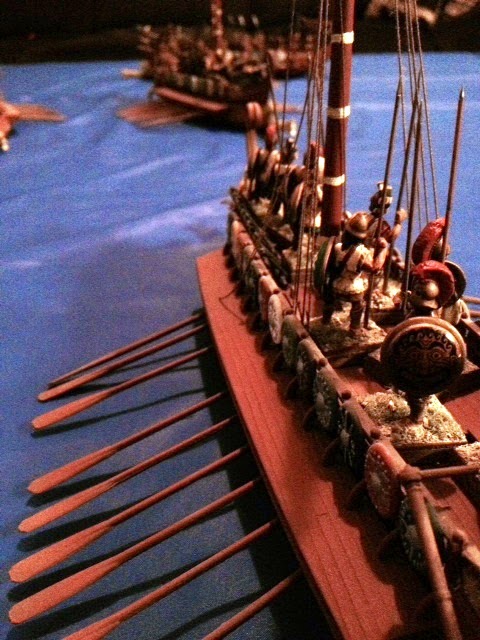 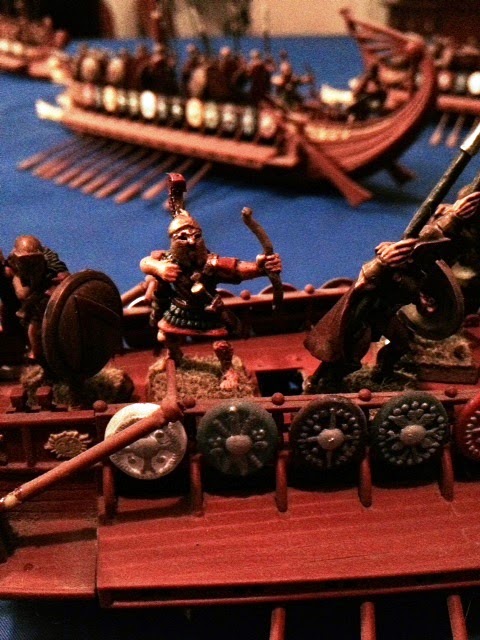 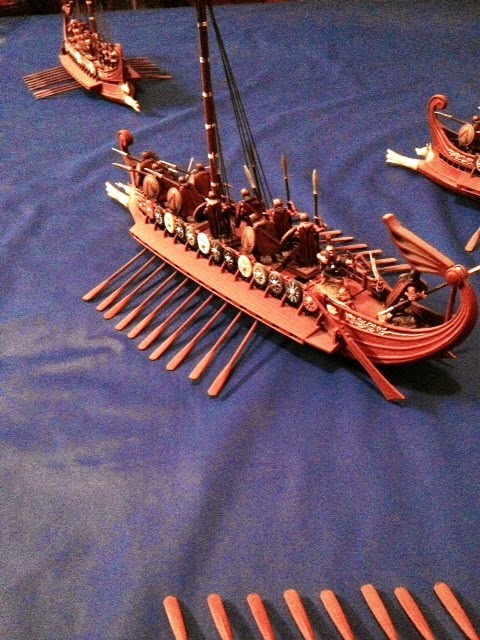 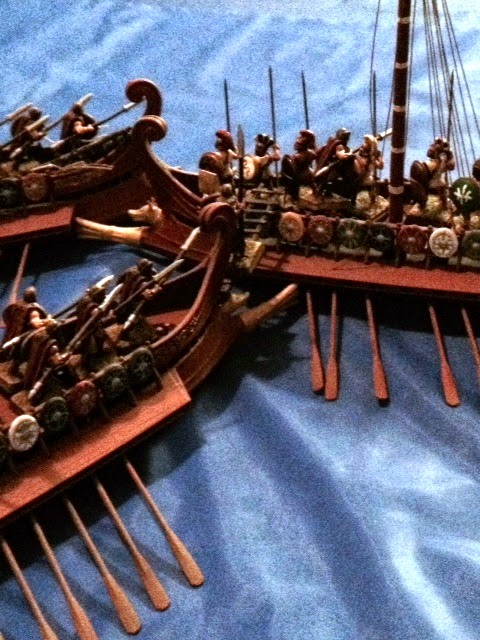 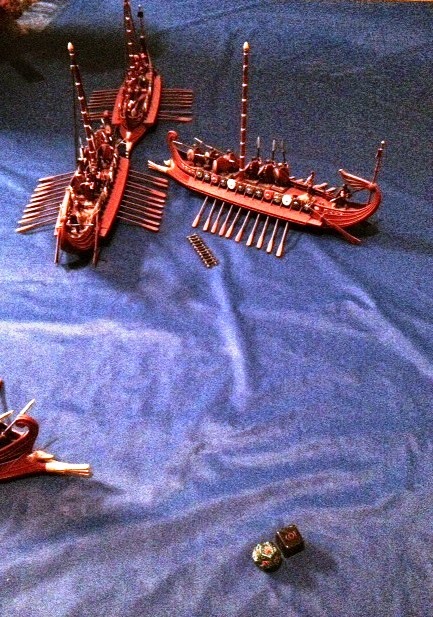 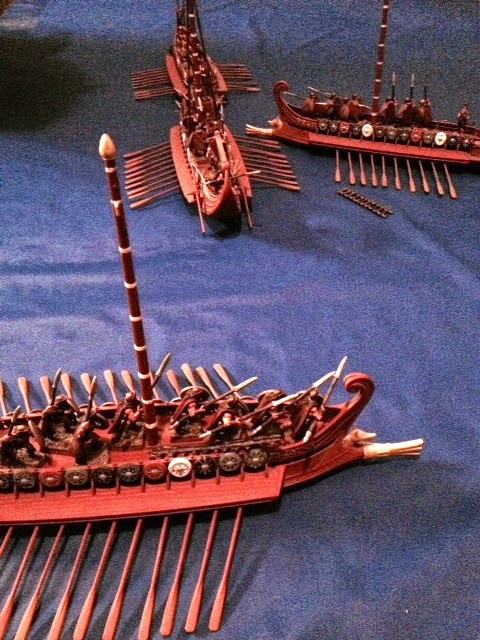 This time I beat my wife in the game, but barely. She is good.

All miniatures made by Essex (Athens) and Crocodile Games (Spartans). The Ships are old Academy models.
Posted by Sithlord2 at 11:27 AM
Email ThisBlogThis!Share to TwitterShare to FacebookShare to Pinterest 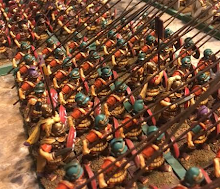